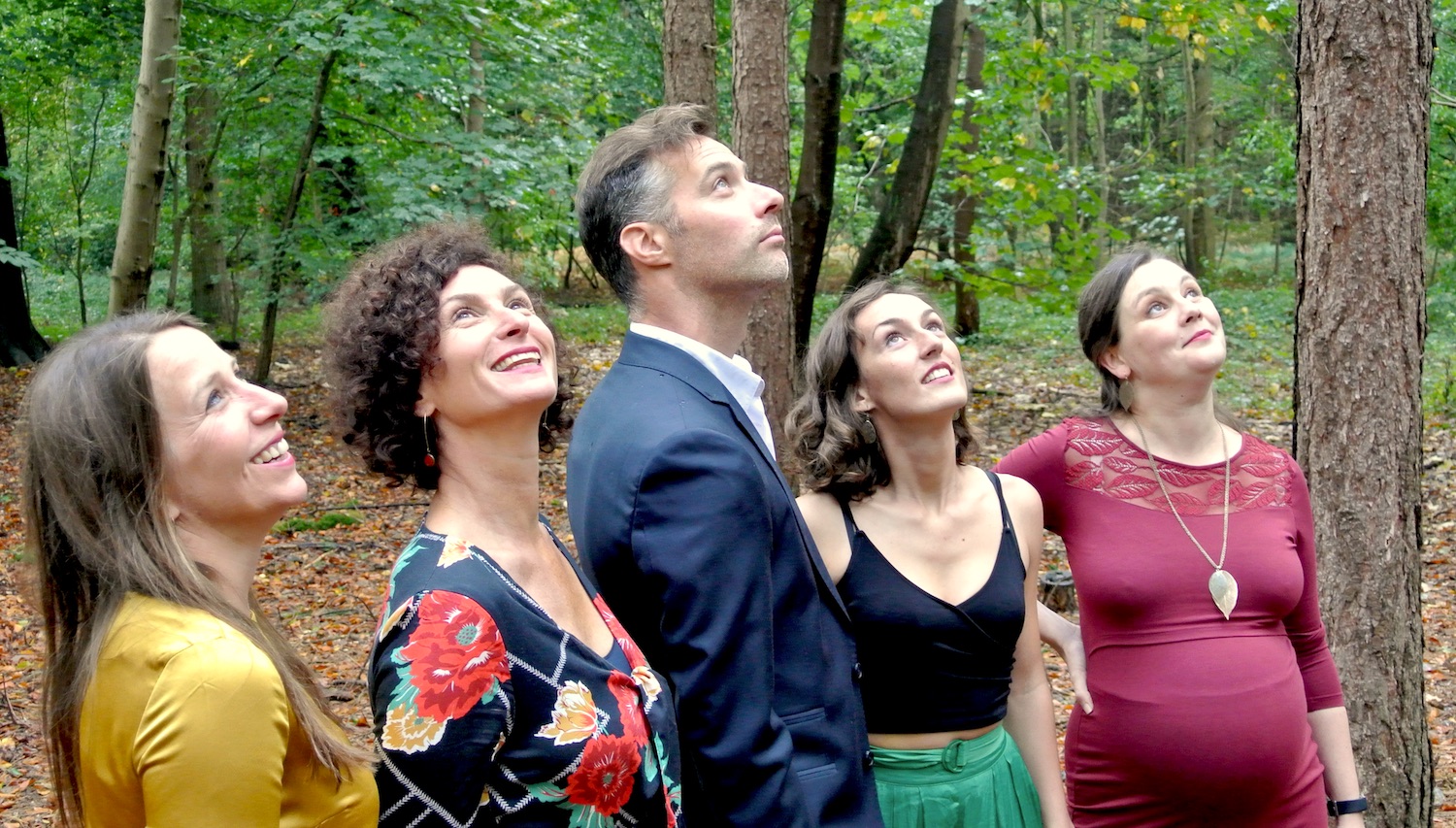 Early summer 2016, 5 singers gathered to try their hand at a capella singing. Thus, MISST was born: 4 Misses and 1 MISSTer singing somewhat forgotten folksongs from all over this world.
You should compare us with a fine bottle of ‘Brut Champagne’: sparkling, honest, titillating, natural and exquisite.
While performing on the ‘Busker Festival’ in Ferrara (Italy) representing Flanders, a new idea grew… A project that focuses on European dialects, in which we remain loyal to our vocal, harmonic roots, but bring in some musicians as well to create a contrast between the traditional and the modern, to prove that that traditions are not outdated.

Today MISST is thriving and performing in 2 setups: one acoustic and one full-band, depending on the occasion.We hope to see you soon on one of our next gigs!

The first single Vor í Vaglaskógi was released on January the 13th 2021, you can listen to it through this link: https://fanlink.to/misstvorivaglaskogi. The second single ‘Het Neerhof’ on March the 12th. Sur l’eau, the third single, was released on June the 4th. On June the 18th 2021 MISST released their debut album: MISST.EU!